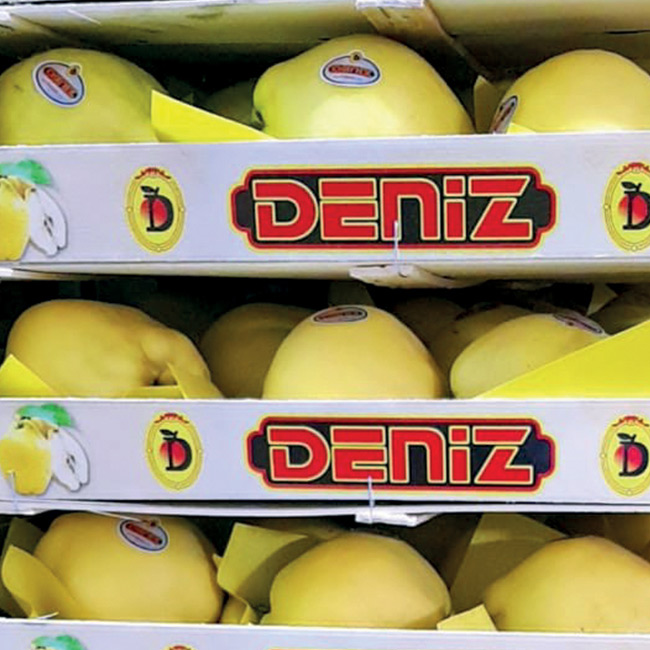 The fruit was known to the Akkadians, who called it supurgillu; Arabic al safarjal "quinces" (collective plural), as well as in Judea of Israel during the Mishnaic era where it was called “Perishin”; quince flourished in the heat of the Mesopotamian plain, where apples did not. It was cultivated from an archaic period around the Mediterranean. The Greeks associated it with Cydonia on Crete, as the "Cydonian pome", and Theophrastus, in his Enquiry into Plants, noted that quince was one of many fruiting plants that do not come true from seed. As a sacred emblem of Aphrodite, a quince figured in a lost poem of Callimachus that survives in a prose epitome: seeing his beloved in the courtyard of the temple of Aphrodite, Acontius plucks a quince from the "orchard of Aphrodite", inscribes its skin and furtively rolls it at the feet of her illiterate nurse, whose curiosity aroused, hands it to the girl to read aloud, and the girl finds herself saying "I swear by Aphrodite that I will marry Acontius". A vow thus spoken in the goddess's temenos cannot be broken. Pliny the Elder mentions "numerous varieties" of quince in his Natural History and describes four. The season of ripe quinces is brief: the Roman cookbook De re coquinaria of "Apicius" specifies in attempting to keep quinces, to select perfect unbruised fruits and keep stems and leaves intact, submerged in honey and reduced wine.