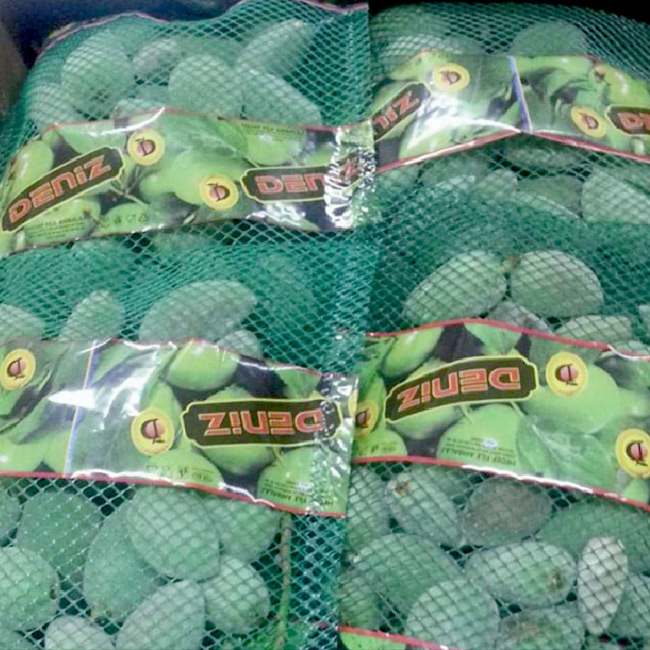 The almond is native to the Mediterranean climate region of the Middle East, from Syria and Turkey eastward to Pakistan. It was spread by humans in ancient times along the shores of the Mediterranean into northern Africa and southern Europe, and more recently transported to other parts of the world, notably California, United States. The wild form of domesticated almond grows in parts of the Levant.

Selection of the sweet type from the many bitter types in the wild marked the beginning of almond domestication. It is unclear as to which wild ancestor of the almond created the domesticated species. The species Prunus fenzliana may be the most likely wild ancestor of the almond in part because it is native of Armenia and western Azerbaijan where it was apparently domesticated. Wild almond species were grown by early farmers, "at first unintentionally in the garbage heaps, and later intentionally in their orchards".

Almonds were one of the earliest domesticated fruit trees due to "the ability of the grower to raise attractive almonds from seed. Thus, in spite of the fact that this plant does not lend itself to propagation from suckers or from cuttings, it could have been domesticated even before the introduction of grafting". Domesticated almonds appear in the Early Bronze Age (3000–2000 BC) such as the archaeological sites of Numeria (Jordan), or possibly earlier. Another well-known archaeological example of the almond is the fruit found in Tutankhamun's tomb in Egypt (c. 1325 BC), probably imported from the Levant. Of the European countries that the Royal Botanic Garden Edinburgh reported as cultivating almonds, Germany is the northernmost, though the domesticated form can be found as far north as Iceland.